How to Collect Hosta Seeds 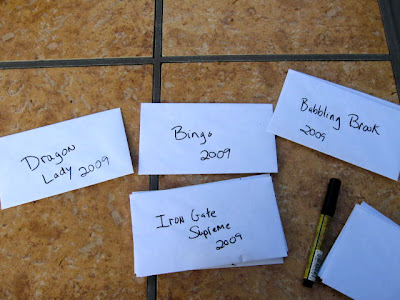 First I start by labeling some paper envelopes with the names of the hosta I am collecting seeds from and the year. I don't use plastic bags because the seeds still have some moisture in them, and if you put them in sealed plastic bags they will mold and rot. 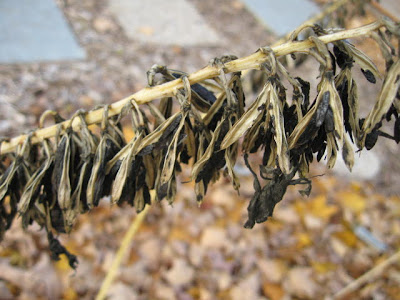 This is what hosta seed pods will look like when the seeds are ripe and ready for harvesting. 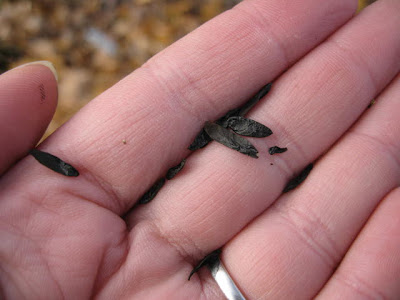 This is how ripe hosta seeds look. If you shake the hosta seed pods, the seeds should fall out. 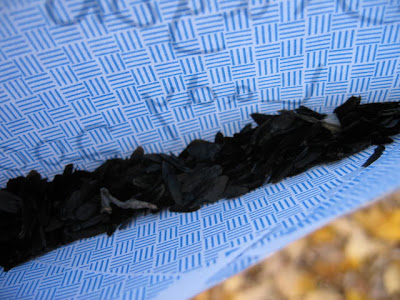 Seeds gathered from my hosta 'Dragon Lady'.
Hosta Seed Tips
Would you like to try to start some hosta from seed? The first 5 people to email me (see view my complete profile) and send me a self-addressed stamped mailer will receive hosta seeds from my garden.
Posted by Hosta Nerd at 2:20 PM

Cool. I thought about starting hosta from seed this year, but I decided I don't have the patience for this. Thanks for the post.

It is good to keep the seeds in small cardboard boxes, or what would be the best way to keep them well?