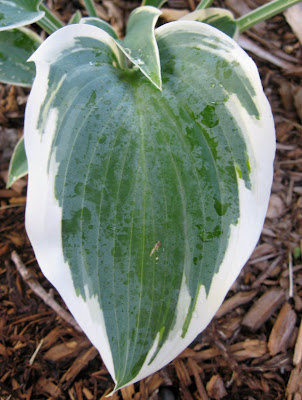 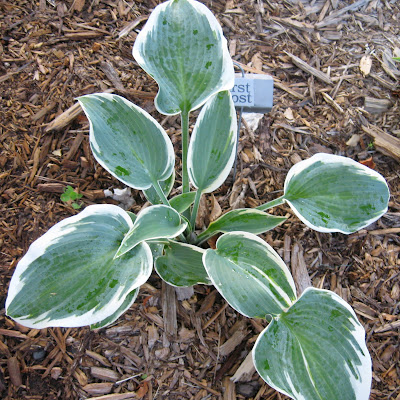 First Frost is the 2010 hosta of the year. I just put mine in at the end of the growing season in 2008, so you can see mine has some growing to do. Pictures don't do it justice, it's a beautiful hosta. The white margin is so white against the blue/green of the hosta's center.
Posted by Hosta Nerd at 8:59 AM

I had a First Frost just one season before it was ravaged by critters. The margins start out a bright yellow - a good looking hosta. I may get a replacement next year.

I'm not a big fan of the white margined hosta, but I love this one. I think you should replace it.

I bought mine in 2010, so I think it takes time to show how wonderful this is.
I happened to find you, and am very grateful, and look forward to follow you. Happy New Year from Norway.